When I saw the NYT notice on my iPad today, my heart sank. I didn’t know him, but my path crossed his a few times in Santa Fe, and since those encounters Sam Shepard has been part of my life for 35 years.

The first time I saw him, my girlfriend Katherine (soon to be wife of 35 years!) and I were eating lunch in at Josie’s, a restaurant in Santa Fe that was just off the plaza. I don’t remember much about it except that it wasn’t fancy and was filled with locals eating bowls of burning green chili and drinking black coffee. Katherine and I ordered a bowl of green chili, and that is what it was. No beans and meat, like we were used to but rather a tasty and HOT bowl of green chili with a few other things for good measure. It came with a tortilla, presumably to take the heat off, but the coffee was just too much for us after the chili… Then, Katherine nudged me and whispered “that’s Sam Shepard”. He was just a guy sitting at a small table by himself, wearing jeans and cowboy boots, and (probably) eating green chili. Nobody noticed or cared, and he looked completely relaxed.

A few years later, I was working in Cerrillos Saddlery, and my wife was working next door as a dog groomer where Jessica Lange brought her poodle to be groomed. A few days before Christmas that year, Sam Shepard walked into our shop wanting to buy a last minute gift for Jessica. Of course, we played it cool and pretended not to be impressed, but it was very exciting. I had just finished making a very nice snake skin belt with a silver tip set made by one of our collaborating silversmiths, and it caught Sam’s attention. He bought it. I don’t know if it ever fit her, but they didn’t bring it back for adjustments. 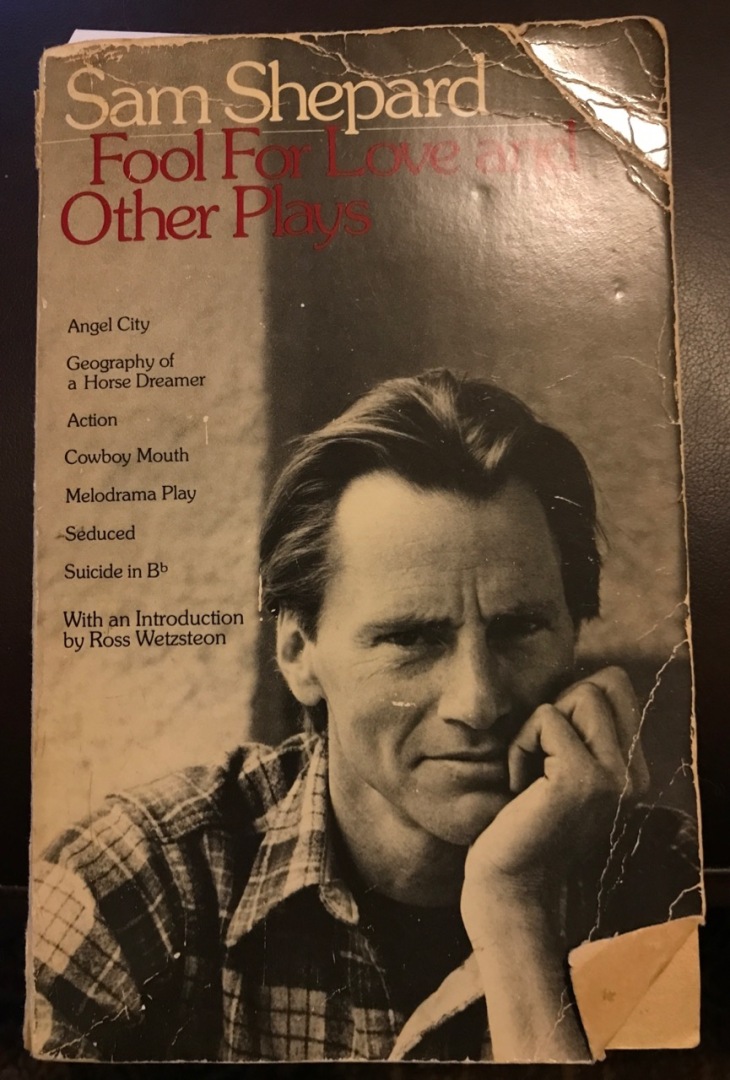 Around that time, I got interested in why Sam Shepard was so famous. I learned that not only was he a great actor but a Pulitzer Prize-winning playwright. I bought a collection of his plays and loved them. They are dark and interesting and seemed to me 30 years ago to cut to the essence of humanity and life. After today’s news of his death, I’m looking forward to rereading them.

Probably my favorite Sam Shepard story was from a neighbor of ours, who was a house cleaner. She told us about cleaning the house of a couple, and she figured that the man was out of work and a bit of a bum, because she’d always see him lounging around the house in his jeans and tee shirt. He’d get up late and would always be there, and except that they were living in a nice house, she felt a bit sorry for him. She didn’t know anything about Jessica Lange or Sam Shepard until one day she was dusting and saw Jessica’s Academy Award for Tootsie. I’m not sure that she knew until we told her that the bum was also an award winning writer and actor.

If you want a treat and to celebrate his life, read Fool For Love and then watch The Right Stuff. RIP Sam Shepard.

I'm a biochemistry professor and leatherworker who likes bicycles, travel, art, education, and music. Walking is my favorite form of transportation, and I regularly practice Tai Chi. View all posts by edisonleatherworks

These essays cover many topics, but the common theme is that life is multidimensional and not a straight path.